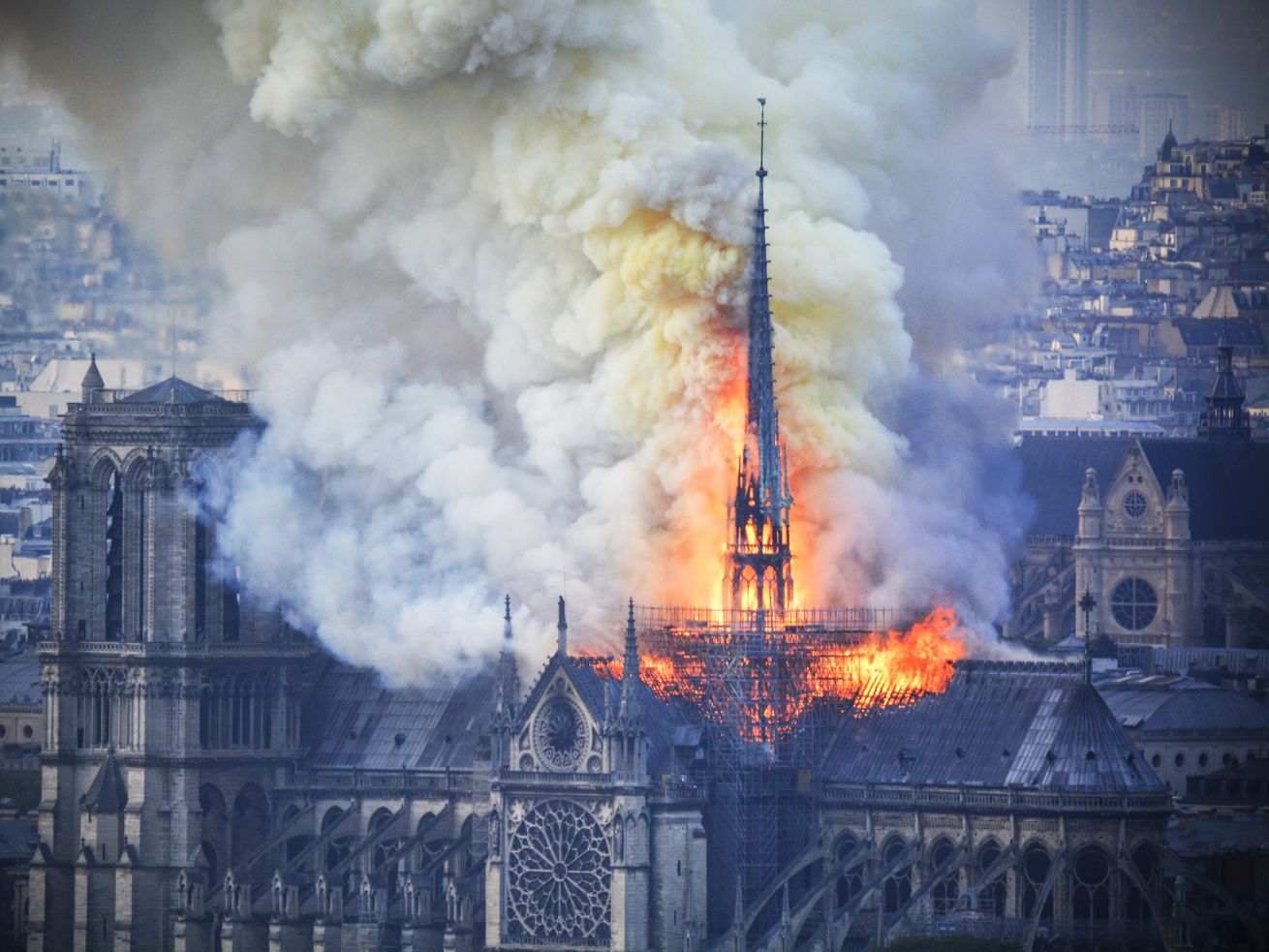 Stunning images of the iconic gothic landmark in Paris, France, engulfed in flames.

The iconic Notre Dame Cathedral in Paris, France, was engulfed in a massive fire Monday evening that has destroyed the monument’s spire and threatened to consume the entire structure.

After fire crews battled the relentless flames for hours, Paris fire officials said late Monday night that the cathedral’s two main rectangular towers had been “saved and preserved,” though much of the monument’s roof has been destroyed along with the spire.

The extent of the damage to the rest of the cathedral is not yet clear. “We’re still working to save the cathedral’s work of arts,” Laurent Nunez, secretary to France’s interior minister, told reporters Monday.

The blaze erupted at the centuries-old cathedral on Monday around 6:30 pm local time; news of the fire spread rapidly on social media as people shared photos showing bright-orange flames and smoke pouring from a spire of the church.

Images on social media later showed the cathedral’s spire collapsing, swallowed up by the blaze.

The cause of the fire is not yet clear, though police told the Guardian that it appeared to be an accident and linked to restoration work. The approximately 800-year-old church, which is one of Paris’s most cherished attractions, has been in desperate need of repairs and restoration.

Tourists were reportedly inside the building and had to be evacuated when the flames broke out. There have been no reports of any injuries so far, though, and fire crews are continuing to fight to put the blaze completely out.

A Photo of a French police drone from above Notre Dame Cathedral. The fire is much worse than it looked from the ground. #NotreDame #skynews pic.twitter.com/7crHNxsm5W

“The worst has been avoided, even if the battle is not yet totally won,” French President Emmanuel Macron told reporters around midnight. He vowed to rebuild the cathedral and said a national campaign to raise money for the reconstruction would be launched Tuesday.

The images of the gothic cathedral engulfed in flames have captivated people around the world. Here are some of the most devastating photos from the scene of the fire.