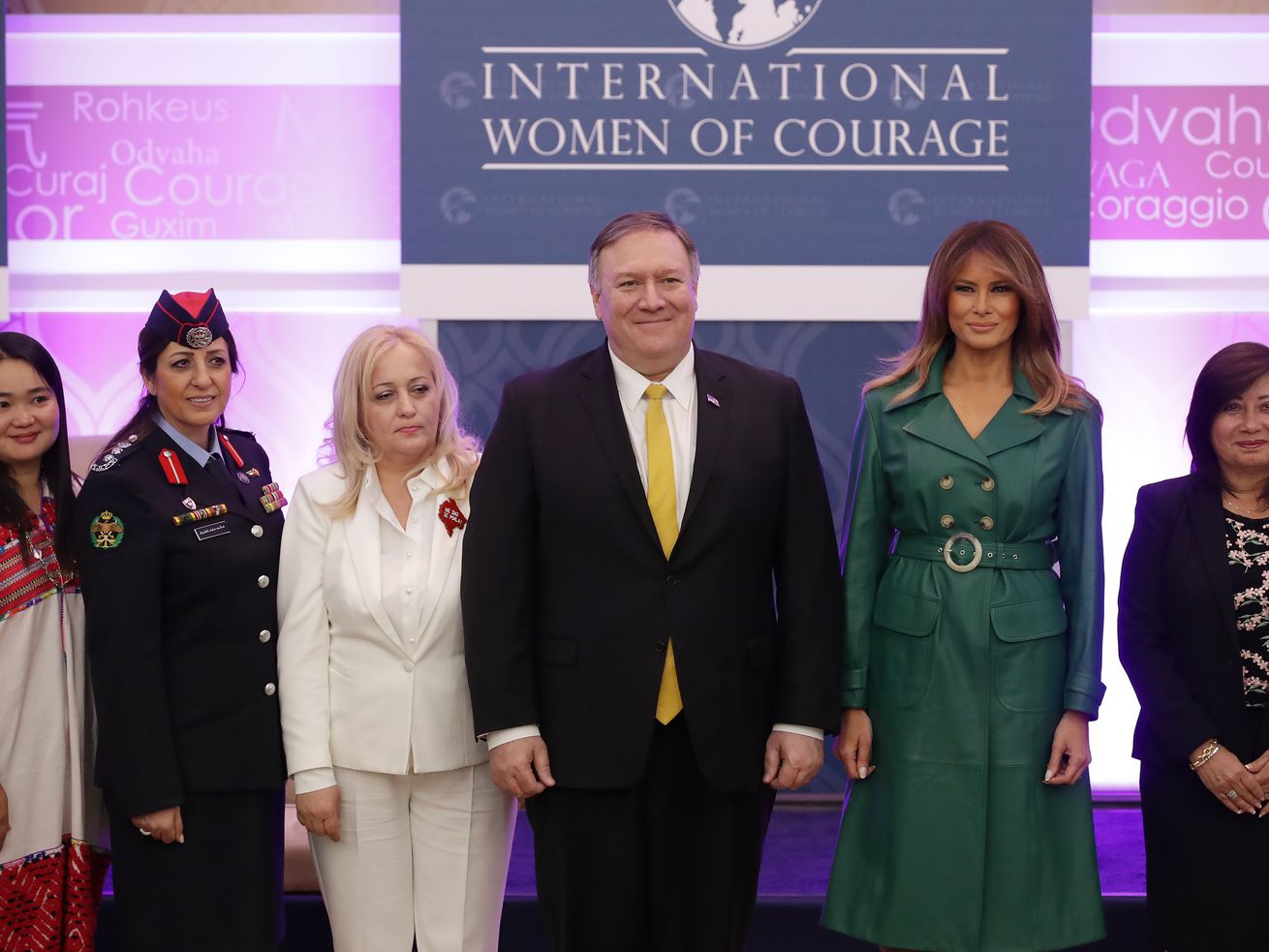 Jessikka Aro, a Finnish journalist who covered Russian trolls, was supposed to win a prestigious award. The State Department called it a “regrettable error.”

The US State Department planned to honor a prominent Finnish journalist this month — and then rescinded her award, reportedly because of her public criticism of President Donald Trump.

Jessikka Aro, a journalist who helped expose the Internet Research Agency, the Russian troll factory that spreads propaganda online, learned in January that the State Department would honor her for her reporting as part of its International Women of Courage awards.

Then, a few weeks later, the State Department abruptly told Aro she wouldn’t be receiving the award after all because of a “regrettable error.” But now, Foreign Policy’s Reid Standish and Robbie Gramer report that the State Department might have reneged on the award because Aro had criticized Trump publicly, including on social media.

“It created a shitstorm of getting her unceremoniously kicked off the list,” said one U.S. diplomatic source familiar with the internal deliberations. “I think it was absolutely the wrong decision on so many levels,” the source said. The decision “had nothing to do with her work.”

A State Department spokesperson told Vox in a statement that the award was revoked “due to a lack of coordination in communications with candidates and our embassies, a regrettable error was made and a candidate was incorrectly notified that she had been selected as a finalist.”

“We regret this error,” the spokesperson added. “We admire Ms. Aro’s achievements as a journalist, which were the basis of U.S. Embassy Helsinki’s nomination.”

Sources told Foreign Policy that the decision to uninvite Aro didn’t come from the bigwigs at the State Department, such as Secretary Mike Pompeo, but instead from lower-level staffers “wary of the optics of Pompeo granting an award to an outspoken critic of the Trump administration.”

Aro told Foreign Policy that she was surprised by the about-face of the State Department and that she had canceled speaking engagements and other plans to attend the ceremony in Washington, DC, on March 7. The event went forward as planned, with Pompeo and first lady Melania Trump honoring 10 women — including some activists and at least one reporter.

“The reality in which political decisions or presidential pettiness directs top U.S. diplomats’ choices over whose human rights work is mentioned in the public sphere and whose is not is a really scary reality,” Aro told Foreign Policy about the reversal. (Vox reached out to Aro for comment but did not receive a response before publication.)

Though the State Department insists this was a mix-up, the fact that it wasn’t immediately corrected — and that Aro said she also received an official invite and itinerary — are definitely a bit strange.

But, as Aro points out, what’s even more troubling is that State Department employees may have acted out of fear of what would happen if a vocal critic of the administration accepted such an award. Even without a top-down directive, the administration’s obsession over negative coverage may be having a chilling effect.

At the award ceremony on Thursday, Pompeo credited the award recipients and other women around the world with “courage so often shown” in the face of danger. He also specifically cited last year’s hijab protests in Iran, in which female activists rallied against the Iranian government, staying on message about Tehran even at an award ceremony.

Melania Trump also credited the “incredible work” of the women honorees. “As first lady of the United States, I’m proud to represent my country that empowers and support women, here at home, and on an international scale,” she said.

Aro’s work on the Russian troll factory undoubtedly fits that bill. She began before it was clear that the Kremlin had meddled in the 2016 elections, and long before special counsel Robert Mueller indicted several people connected to the Internet Research Agency as part of his investigation into Russian interference in the election.

Aro faced aggressive harassment because she exposed Russia’s propaganda campaign, including having her private health information published and fake videos made about her. “Everything in my life went to hell thanks to the trolls,” Aro told the New York Times in May 2016.

But it seems she is also being punished for speaking out against Trump — and not by Russian trolls, but by the US State Department.